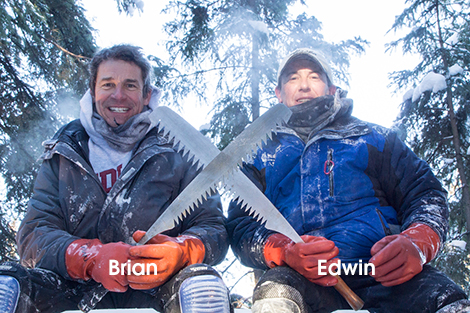 One Top Ten Ice Carvers in the World!

During the 2014 World Ice Art Championships in Alaska, Brian finished as one  of the top 10 ice carvers in the world!  He applies this same mastery of the art as he works on your custom pieces. At Ice Age they: 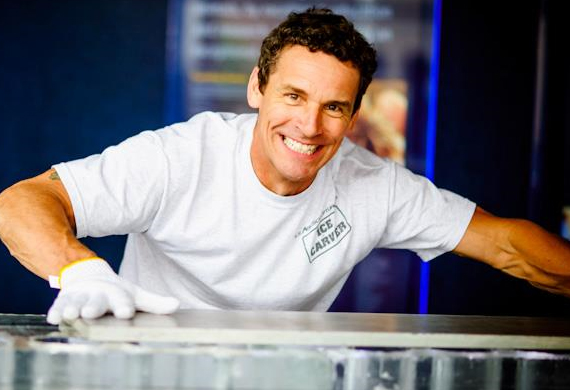 Brian Connors, owner of Ice Age Ice Sculptures of Charleston, SC, has been carving ice professionally for the last 30 years.

As a graduate of Johnson and Wales University: College of Culinary Arts, Brian began his career in the kitchen and worked his way up from Sous Chef to Executive Chef. He has also gained valuable experience not only in the kitchen as a chef, but also as a pastry chef, an event coordinator, as a Chef Instructor at the Culinary Institute of Charleston.

Early in his career he was introduced to the art of ice carving when he was working banquets. His love for the process was immediate and he found this type of medium brought him back to his passion for creating art. His career is now devoted solely to ice carving and Brian finds owning and operating Ice Age Ice Sculptures to be very rewarding and exciting.

Brian has successfully competed in a number of ice carving competitions. Most recently he competed in the 2014 World Ice Art Championships in Fairbanks, Alaska. He and Edwin Hutchinson finished in the Top 10 in the World in the Single Block “Realistic” category. Together they turned a 3,000lb block of natural Alaskan ice into a beautiful hand-carved Angel.

Not only has he carved side by side with the world’s very best Ice Carvers, including a 2014 Olympic Medalist; he has also had the pleasure of working with several national celebrities and TV Shows. He has had the opportunity of working with Paula Deen, Robert Irvine on some very special projects. He has performed live demonstrations on WCIV Channel 4, Charleston. His work has appeared on Army Wives, Southern Charm, and an upcoming episode of Four Weddings as well as in the movie “Who’s Your Caddy”. Brian also carved a life size mammoth for the premiere of Ice Age, the movie.

Brian has accomplished a lot, but when it comes right down to it, he is simply an artist; an artist of ice. Carving ice is his passion. He loves his job. His business is dedicated solely to Ice Sculpting. He is all ice, all the time. Brian designs the pieces, carves them either by hand or with the assistance of a state-of-the-art CNC machine, depending upon the piece. With the help of his crew, he delivers custom, quality ice art seven days a week 364 days a year. His greatest satisfaction comes from seeing the look on the client’s face when all of the guests are saying “wow.”